Hitler built no fewer than 550 bunkers to protect Texel from Allied invasion. These formed part of the so-called Atlantic Wall, a defence line over 5,000 kilometres long, stretching from the north-west of Spain along the coasts of Western Europe, to Norway’s northernmost tip. 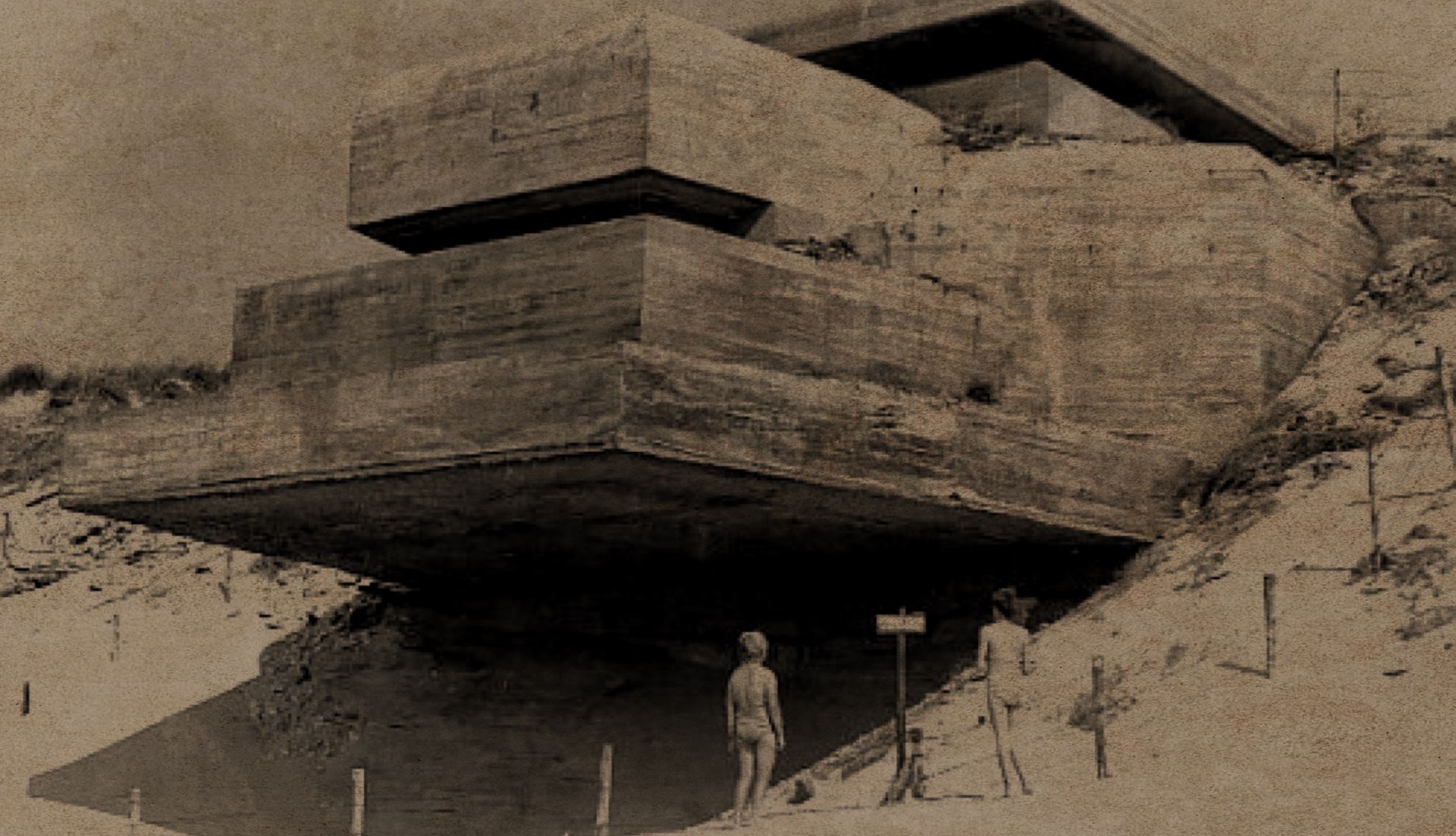 Hitler’s bunkers were not the island’s first defences. Fort De Schans near Oudeschild was commissioned by William of Orange as early as 1574, and centuries later underwent significant expansion under Napoleon. The Dutch army built Batterij Den Hoorn in 1938 and 1939; this was a command post on the Loodsmansduin, with three associated gun barracks in the nearby Bollekamer. The German navy commandeered these immediately after the Netherlands’ capitulation. They relocated the artillery to the dunes near De Cocksdorp, where the North Battery would later be built.

The Germans took their task increasingly seriously from 1941. Customs officials in De Koog, De Cocksdorp and Oudeschild were armed, and an anti-aircraft battery was installed at De Mok on the island’s south side. Anti-aircraft guns were also installed at the airport. The roof of the command post at Loodsmansduin was holed to enable better airspace monitoring. Aviation guard posts were also set up at the Badhotel in De Koog and at the lighthouse near De Cocksdorp.

The German army command had a series of new designs built when it became obvious that the original bunkers were too small. This time they were constructed from concrete rather than brick or wood. Work was carried out on the ‘Neue Westwall’ from May to August 1942, and a start was made on the ‘Atlantikwall’ in the winter of 1943. 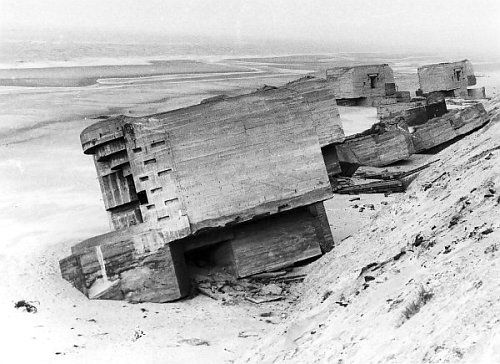 The longer the war went on, the more soldiers were posted to the island, including conscripted prisoners-of-war like British Indians, Caucasians and Georgians. They totalled some 2,800 men in September 1943 at the height of the occupation. Troop quarters were built on a significant scale to accommodate them, in the Bollekamer and De Dennen, among other places. 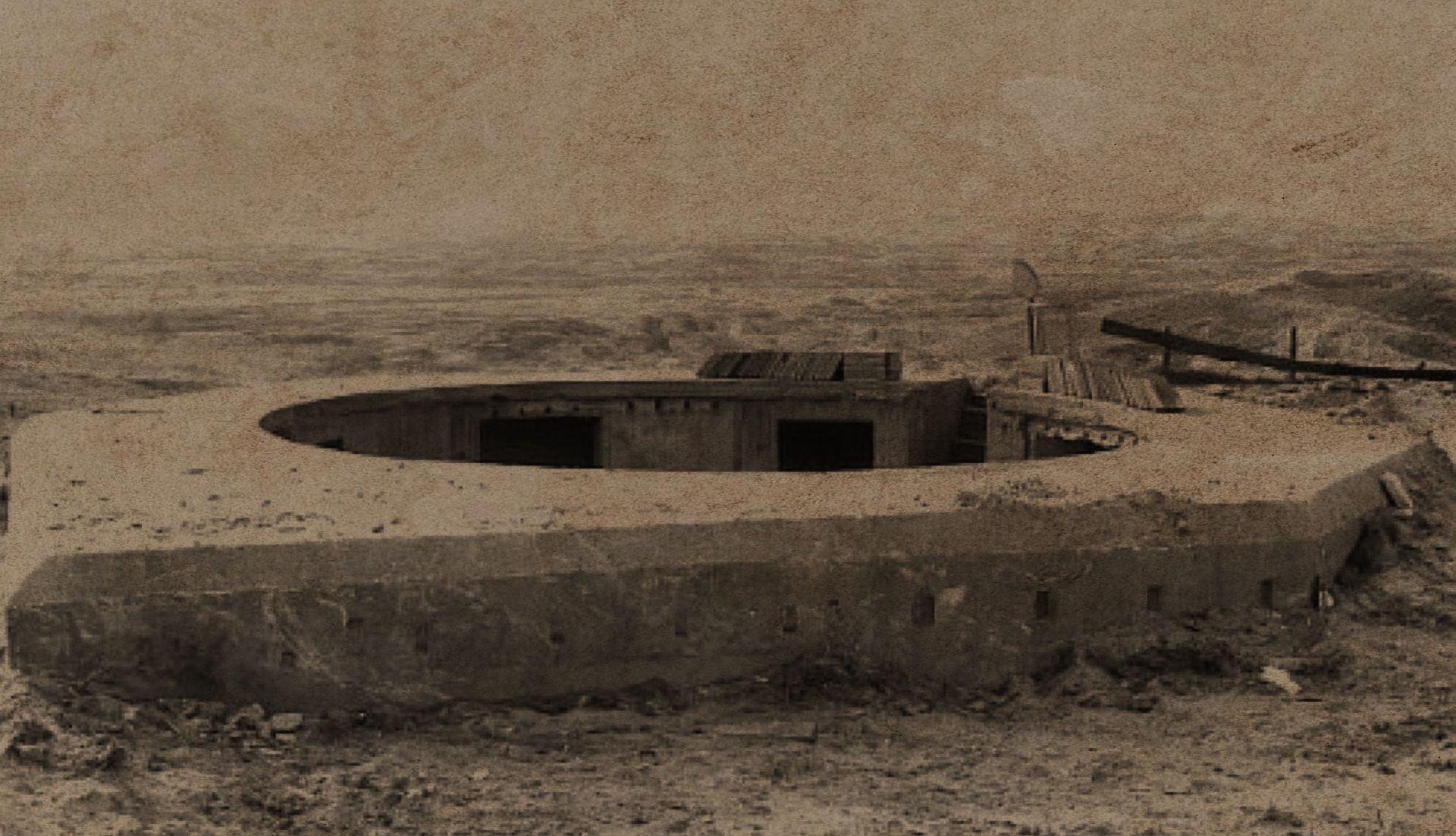 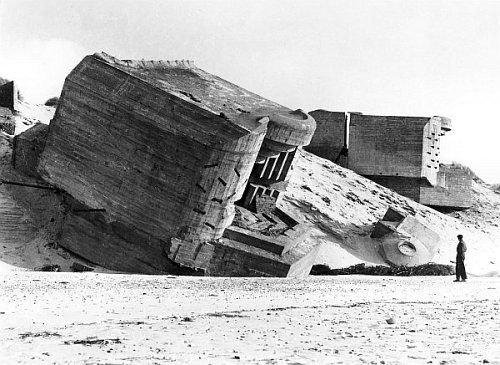 Texel’s inhabitants took over the German buildings immediately after the liberation. They confiscated anything and everything usable, with some of the bunkers being converted into horse stables or chicken coops. Texel residents with nowhere else to live because of the housing shortage, occupied the so-called bunker village near Den Hoorn for many years; these were rented out later as holiday homes.

The bunkers began to be blown up and demolished on a large scale from the 1950s, and little trace of them remains today. In 2011 the Wadden Fund launched an initiative to safeguard the history of the Atlantic Wall for the future. As the most appropriate party, Texel’s Aviation & War Museum was asked to oversee this on Texel. Volunteers cleared a large part of the museum and rearranged it to this end in the winter of 2017/18. Since then pride of place has gone to the large number of bunker models, and an impressive exhibition on the ‘Russian War’. Touchscreens reveal a wealth of information on the bunkers.

An ‘audio experience’ can be visited in De Vlijt, the bunker opposite the airport, from September 2020. This exhibition is also about the so-called ‘Russian War’, the last battle of the Second World War in Europe, fought on Texel and continuing for weeks after the official liberation.